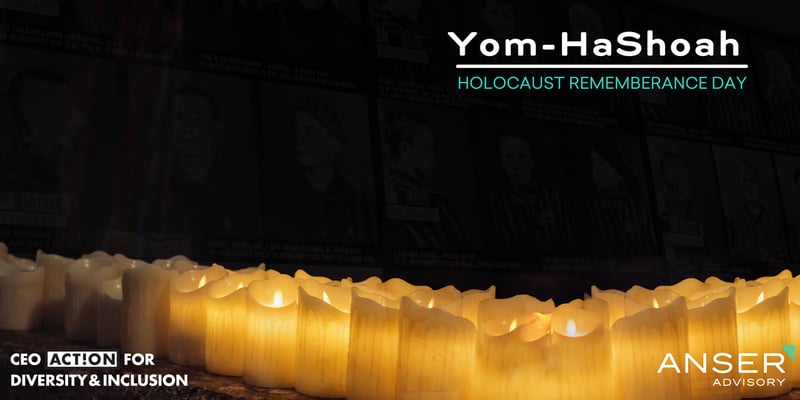 The internationally recognized date for Yom HaShoah, known as Holocaust Remembrance Day, corresponds to the 27th day of Nisan on the Hebrew calendar. It marks the anniversary of the Warsaw Ghetto Uprising.

Yom HaShoah, also known as Holocaust Remembrance Day is recognized beyond Israel, but in Israel it is a nationally observed day.. It occurs on the 27th of the Hebrew month of Nisan and memorializes the six million Jews who perished in the Holocaust. Yom HaShoah Ve-Hagevurah (Hebrew) means the Holocaust Martyrs’ and Heroes’ Remembrance Day. It coincides with the beginning of the Warsaw Ghetto Uprising of 1943. Residents of the Jewish ghetto in Nazi-occupied Warsaw, Poland, revolted to prevent deportations to Nazi concentration and death camps. Yom HaShoah is a day commemorated by Jewish communities and individuals worldwide through worship with prayers such as Kaddish for mourning the dead and the memorial prayer El Maleh Rahamim. Other ceremonies in remembrance of the Holocaust victims include lighting candles, reading of the names, and listening to the oral histories of survivors. As part of the annual March of the Living on Yom HaShoah Jewish teens and adults from all over the world march from Auschwitz to Birkenau, the largest concentration camp built during World War II. Yad Vashem, Israel’s Holocaust memorial and museum in Jerusalem, created a global name-reading initiative in April 2020 and invited the international public to share short videos reciting the names of Holocaust victims. The museum plans to create an online Holocaust Remembrance Day Global Name Reading Ceremony.

Facing History and Ourselves, The Holocaust: Bearing Witness