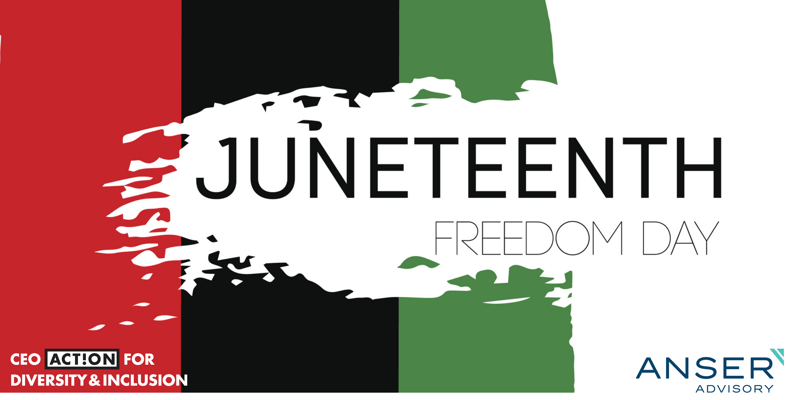 Education is the first step for equality. Today, let’s continue to educate ourselves about the deeply embedded, systemic racism in our nation so we can be part of the solution.

Juneteenth, also known as Freedom Day, is an American holiday celebrated on June 19th that commemorates the end of slavery in the US. While the Emancipation Proclamation had been issued on January 1, 1863, it did not go into effect until the end of the Civil War, over two and half years later, on June 19, 1865 when federal troops arrived in Galveston, Texas to free all enslaved people. Juneteenth, which blends the words June and nineteenth, has been celebrated since 1866. Celebrations have evolved from church-centered community gatherings to a symbol of the struggle for postwar civil rights to a focus on African American freedom and arts. Today Juneteenth is celebrated in most major cities across the United States and is recognized as a state holiday or special day of observance in 47 of the 50 states.